Democracy Capture and the Shadow State in Africa

On World Democracy Day, September 15, 2021, the Ghana Center for Democratic Development (CDD-Ghana) and Democracy in Africa (DIA) release two major reports about the capture of supposedly democratic political systems by private networks that work in their own interest, rather than that of the public. 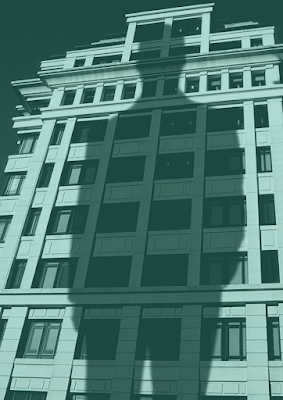 Using evidence from new interviews, data collection and network mapping, a team of 10 researchers will report the extent to which political and economic decisions in African democracies are shaped by individuals or groups that are often unelected and work to subvert the formal institutions of the state to push their own interests and agendas. Together, the reports demonstrate that in many – but not all – African countries some of the most important political and economic decisions are not taken by individuals accountable to citizens, but by networks comprising insiders in the executive, political fixers, the president’s family, judges, businessmen, senior civil servants, military leaders, and international financiers, among others. In a number of cases, these networks traverse national borders, either through deep ties to international companies or through integration into transnational organized criminal networks, so that significant resources are taken out of the country.

The reports also demonstrate that the extent of democracy capture varies significantly. It is relatively lower or less pronounced in countries such as Ghana, with an experience of multiple transfers of power through competitive elections, and much higher in states such as Zimbabwe where the government has never changed hands. The shape that networks take also varies tremendously and no two shadow states are the same:

In Uganda, the shadow state is run by an axis of President Museveni’s family and the country’s “military aristocracy”, along with a select number of interlocutors in the business community.

In Benin, things look very different, as President Patrice Talon has exploited the weakness of the legal system, the judiciary and the legislature to turn one of the continent’s most vibrant democracies into a near one-party state.

In the DRC, the international military alliances around former President Joseph Kabila played a critical role in creating a shadow state that was intimately connected to transnational smuggling networks.

In Zambia, the security forces have been less relevant and instead democracy capture has been driven by the nexus between civilian politicians, government officials, and private businessmen.

In Zimbabwe, the importance of the military has grown since the early 2000s, penetrating further areas of the state and the economy, raising questions about whether President Emmerson Mnangagwa or army leaders really hold power.

Understanding how democracy is captured is critical because it helps to explain the lack of progress in many countries towards democratic consolidation, how poorly performing governments are able to remain in power, why development programmes often fail to meet the needs of ordinary citizens, and why the gap between the “haves” and “have nots” continues to grow.

Key insights and findings include:

The way that “billionaire judges” in Nigeria make fortunes by taking bribes to exonerate political leaders and criminal organizations, facilitating corruption and creating a culture of impunity that undermines both democratic accountability and the rule of law.

How security officials, bank managers, electoral officials, judges and journalists collude with members of the ruling party to prevent opposition parties from being able to effectively campaign in elections in countries such as Mozambique, Uganda and Zimbabwe, preventing a transfer of power.

The way the police and military in the DRC set up command posts near newly productive mining shaft, not to protect workers but instead to issue unofficial “taxes”, so that some mine operators have to pay 40 regular fees – only 9 of which are official levies of the national government.

How companies with connections to the ruling party and the military in Zimbabwe have used their connections to artificially create a fuel shortage that has enabled them to inflate their prices at the expense of motorists, creating major challenges for businesses and ordinary citizens.

The way that Presidents such as Uganda’s Yoweri Museveni issue tax waivers to their business allies in return for financial contributions to their election campaign “war chest”, denying the Treasury hundreds of millions of dollars in revenue, and reducing the funds available for health and education.

How the partial capture of democracy in Ghana has contributed to the emergence of a distinctive class of super privileged Ghanaians, who have become rich in part due to their privileged access to the state, including governing and opposition party politicians and their cronies in the business sector and leadership of state bureaucratic and parastatal agencies.

According to Professor H. Kwasi Prempeh, Executive Director of CDD-Ghana, “Rather than a government of the people, by the people and for the people, democracy in Africa, including the legitimacy it confers on governments, appears captured to serve interests other than the people’s, thus leaving many people increasingly questioning democracy’s relevance. The future of democracy in Africa depends on our ability to reverse this picture.”

On his part, Nic Cheeseman, Professor of Democracy at the University of Birmingham said, “the growth of shadow states – powerful networks of unelected individuals that use their access to the government to pursue their own interests at the expense of the public – represents the most significant political challenge facing African countries today, and is the root cause of the democratic backsliding that we have seen in many states over the last ten years”.

John Githongo, a noted Kenyan anti-corruption campaigner was also of the view that “these reports represent the most comprehensive and insightful analysis of the way that democracy and economic and subverted in Africa available to date. They reveal that shadow states and democracy capture are the root causes of corruption, inequality and development failure.”

The countries covered in this project include Benin, the Democratic Republic of Congo, Ghana, Kenya, Mozambique, Nigeria, Uganda, Zambia, and Zimbabwe.

The Shadow State in the Democratic Republic of Congo, Uganda, Zambia, and Zimbabwe